In Bringing on Brock, CREW Outs Itself as Liberal Lapdog 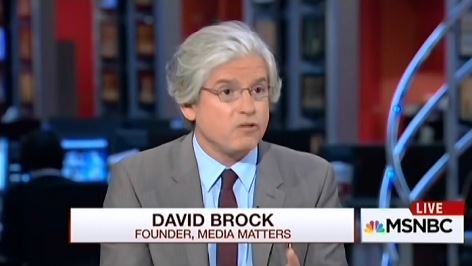 We’ve made the case that self-described watchdog group Citizens for Responsibility and Ethics in Washington (CREW) is little more than a thinly disguised opposition research shop for liberal special interests and Democratic politicians. Perhaps CREW was tired of living a double-life, because it just recently gave up the façade. David Brock, the big-time Democratic operative and chair of the George Soros-funded Media Matters, was named chair of CREW’s board, indicating that CREW is moving into the Brock network of Democratic-backing 501(c) organizations and PACs.

Ken Vogel reports for POLITICO on the new, openly—rather than merely tacitly—political CREW:

CREW has operated as a nonprofit registered under a section of the Tax Code — 501(c)3 — that prohibits partisan activity; under Brock’s leadership it will add a new more politically oriented arm registered under section 501(c)4.

Reporters previously skeptical that CREW was an independent watchdog noted the group’s inclusion into the openly left-wing fold. Buzzfeed’s John Stanton Tweeted: “Ok so is everyone going to stop pretending CREW is a nonpartisan operation now that Brock is at the helm?” USA Today’s Paul Singer noted that CREW “tended to hit harder on Republican ethical violations than Democratic ones.”

This development could end up as a victory for truth in advertising, but we don’t expect the new CREW to be much more transparent about itself than the old CREW. All we can hope for is that the national media takes Mr. Stanton’s advice and regards Brock’s CREW as the Democratic hacks they have revealed themselves to be.