The CREW of Partisan Hacks 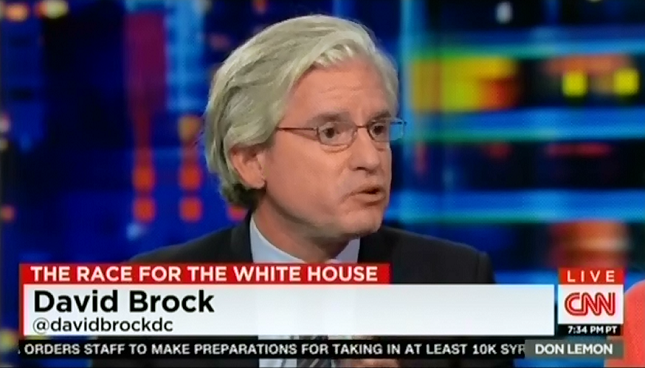 For years the D.C. nonprofit Citizens for Responsibility and Ethics in Washington (CREW) passed itself off as a nonpartisan watchdog organization. But now, rather than attempt to maintain its thinly veiled disguise, the organization appears ready to embrace its leftwing agenda.

Not too long ago, liberal attack dog David Brock was named chairman of CREW after what essentially amounts to a merger with Brock’s Media Matters. Media Matters is another leftwing organization that purports to be a watchdog. Its funders include George Soros, the Tides Foundation, Moveon.org, and the Center for American Progress. Brock has used this organization to fight what he labelled a “war on Fox.” Brock wears many different hats in progressive politics and has been described as a “Democratic operative.” In addition to founding Media Matters, he also started the liberal super PAC American Bridge.

In March, CREW named Noah Bookbinder its new Executive Director, replacing Melanie Sloan. Prior to joining CREW, Bookbinder was an advisor to Democrat Senator Patrick Leahy (VT). We’re sure Bookbinder will be just as even-keeled at investigating Democrats as Sloan, also a former Democratic congressional employee, was. Under her watch CREW disproportionately attacked the right—evidence that’s clear when you compare CREW’s complaints to actions taken by the IRS, FEC, and House and Senate Ethics Committees.

And Bookbinder and Sloan have also gotten themselves in hot water over another scandal targeting CREW’s advocacy work. After Sloan left CREW, she joined a consulting firm whose clients include the supplement company Herbalife. Herbalife has been under siege due to a Wall Street investor’s lobbying campaign against the company.

CREW recently wrote a letter to several members of Congress vilifying the individual behind the Herbalife attacks as “one of Wall Street’s worst.” However, the New York Times claims that prior to the letter being sent to Congress, Sloan had urged Herbalife to donate $40,000 to CREW. The report says that Sloan made the contribution and billed it to Herbalife.

This incident gives the appearance that CREW is nothing more than a hired gun. When accusations of pay-to-play advocacy arose, Bookbinder said the group was in the process of refunding the donation and attempted to dismiss the idea that CREW’s letter took a position on the allegations made against Herbalife. Looks like this “watchdog” organization could use some oversight on its own ethics.

Brock’s ascension to the chairmanship of CREW, and the organization’s affiliation with Media Matters, is especially troubling since CREW claims it works to “ensure government officials -regardless of party affiliation – act with honesty and integrity and merit the public trust.” However, a look at CREW’s track record reveals that this watchdog is more of a liberal lapdog.

Politico has reported that CREW will be adding a 501(c)4 arm to its organization in order to participate in more politically oriented activities. And Brock has made it clear who he is partial to for the 2016 presidential nomination. Brock recently appeared on MSNBC to defend Hillary Clinton from allegations that the Clinton Foundation offered political favors in exchange for foreign donations. These allegations, which have been publicized by the book “Clinton Cash,” appear to be worth investigating. Yet for some reason, the chairman of Citizens for Responsibility and Ethics in Washington doesn’t seem all that interested in taking a closer look into these claims. We think we know why.