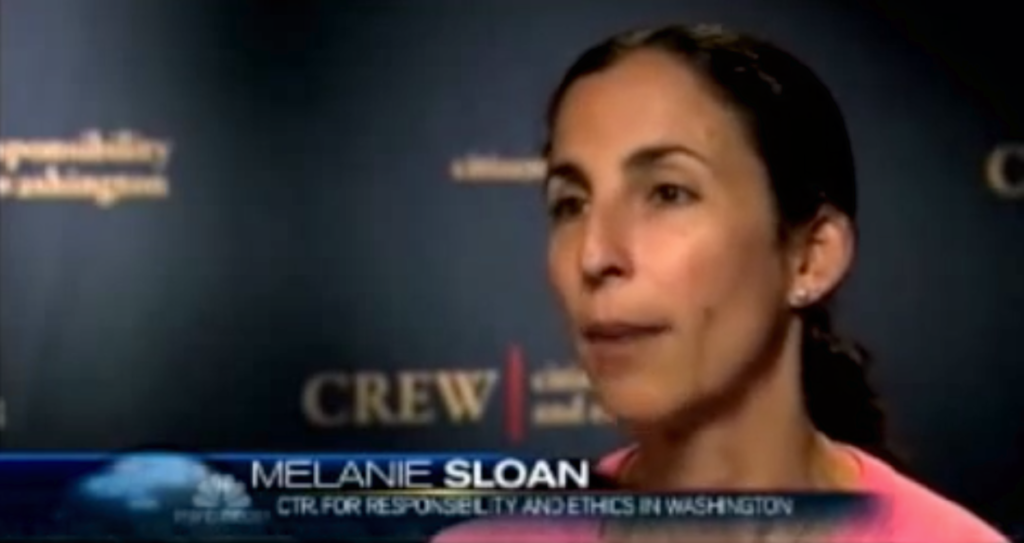 In early 2015, founding Executive Director of CREW Melanie Sloan left the organization. It wasn’t the first time she had considered walking away from the liberal nonprofit: In 2010, Sloan announced she was joining a public affairs firm founded by Democratic fixer Lanny Davis only to backtrack after considerable criticism. This time, she joined with the founder of liberal state activism federation ProgressNow to create her own public relations firm called Triumph Strategy.

Little is known about Triumph Strategy’s activities. The group does not file federal lobbying reports under the Lobbying Disclosure Act, and Triumph’s website does not have any reference to its clients.

Known current or former clients, identified from news reports and other material, include the Stanley Law Group, a law firm suing numerous auto manufacturers, and Herbalife, a nutritional supplement company that The New York Times reported hired Triumph amid a public relations crisis over its dubious business practices.

Additional possible clients include the Tohono O’odham Nation, a Native American tribe from Arizona involved in a dispute over casino rights with the Gila River Indian Community. Sloan wrote several opinion pieces for Washington, D.C. publications including Roll Call and The Hill taking the Tohono side in the debate. As Triumph Strategy does not disclose its clients, it is impossible to determine whether Sloan was paid for these services.

Unsurprisingly for a group with an alleged history of pay-for-play advocacy, CREW has spared its former boss from criticism for her secretive activities. The only mention of Triumph Strategy by name identified by a Google Site Search of CREW’s website is a release announcing Sloan’s departure. CREW has written favorably about proposals to require disclosure of what it calls “lobbying support” activities like Sloan’s, but at no point does it appear to have called out Triumph Strategy.

For the record, this appears to be entirely permissible under the law—Sloan is free to operate her public affairs firm like this. But it’s rich for the former head of a “watchdog” group committed to transparency to run an advocacy firm in this manner. You might analogize it to the leader of PETA deciding to open a slaughterhouse. It’s an interesting career change.

Some of CREW’s ideological allies (including left-wing journalist and former CREW board member Glenn Greenwald) previously questioned why Sloan would leave an organization like CREW to join the firm of a notorious fixer like Lanny Davis. Her activities since forming her own shop indicate that she may go down as a legendary hypocrite, dedicated to openness in advocacy only for her political enemies.