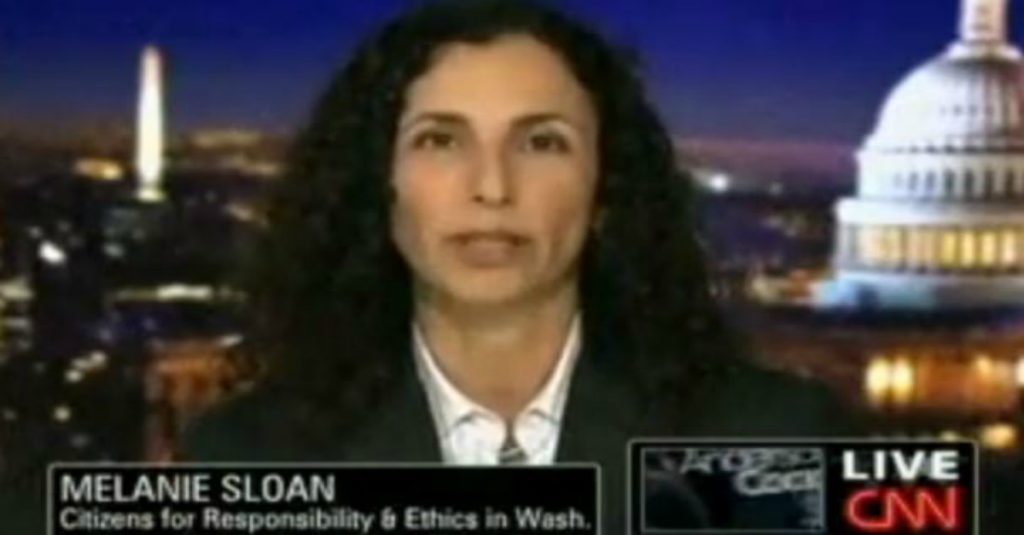 Over the years, we’ve written a lot about the hypocrisy of CREW, but it may have reached a new low. Melanie Sloan, the former executive director of CREW and one of the names most synonymous with the liberal watchdog, recently came forward with accusations of abuse and harassment against Rep. John Conyers in The Washington Post:

A high-profile Washington lawyer specializing in congressional ethics said Wednesday that Rep. John Conyers Jr. (D-Mich.) harassed and verbally abused her when she worked for him on Capitol Hill in the 1990s and that her repeated appeals for help to congressional leadership were ignored.

But CREW has done nothing. No complaint, no Facebook post – nothing. Melanie Sloan is the most notable recent on-the-record accuser and literally ran CREW for years, yet the organization still will not file a complaint against a Democrat. Or write a press release, or a token blog post, or even tweet about it.

If CREW won’t condemn Conyers, it’s no surprise that it hasn’t gone after Senator Al Franken, either. Franken stands accused of groping several women – with photographic evidence – throughout his career and several Democrat lawmakers have called on him to resign. But as it stands today, CREW has not said a word on the issue.

But CREW has a long history of pursuing ethics investigations against Republicans. The day after ABC ran a report that former Rep. Mark Foley was emailing a teenaged page, CREW called for an ethics investigation. Only eight days after Sen. John Ensign announced he’d had an affair with a staffer’s wife, CREW had filed an ethics complaint – which it pursued for years until he ultimately resigned.

CREW claims that it is a congressional and government ethics watchdog and it has even gone after sexual scandals in the past. But with the Senate closely divided and with most of the new accusations coming against Democrats, CREW seems to be signaling that it’s ok to harass and grope your staffers – if you’re a Democrat.