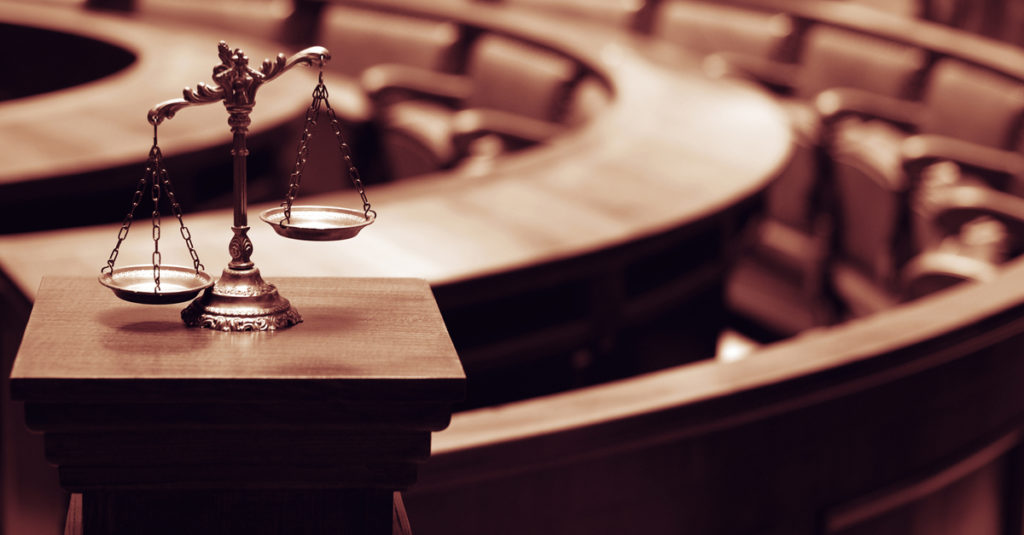 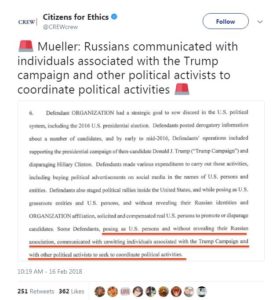 What CREW’s tweet leaves out, but is included in the text cited, is that this communication was—according to the indictment— “unwitting.” Alex Burns, a reporter for The New York Times spotted CREW’s omission and quickly pointed it out: 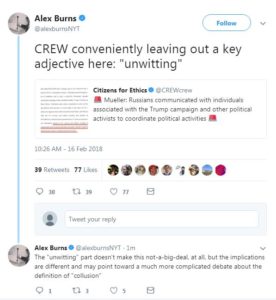 As Burns notes, the “unwitting” part does not make this story “not a big deal,” but it does “point toward a much more complicated debate about the definition of ‘collusion.'”

CREW, as an organ of the left, has long trumpeted many theories about foreign involvement with the Trump campaign in an effort to delegitimize his presidency. But, like always, facts don’t matter to CREW. Feeding a narrative does.