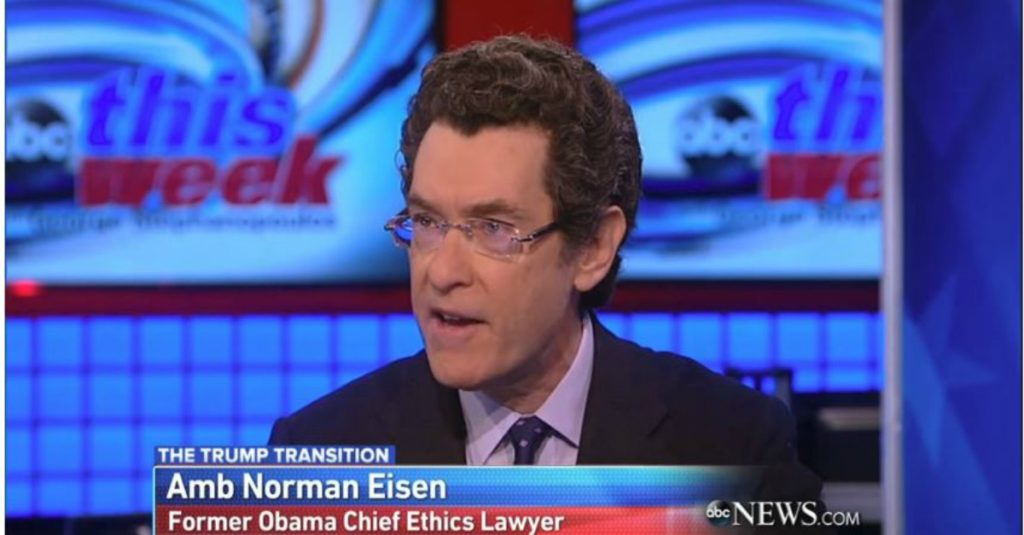 As the year winds down, CREW is using the holiday season and the end of the tax year to coax people into giving them more money. The media commonly bestows the “non-partisan” label on CREW, but you wouldn’t know that it from its most recent fundraising pitch.

In an effort to tout its effectiveness, CREW listed noteworthy actions from the past year: It included 150 legal cases, highlighting the efforts against the president; ethics and Hatch Act complaints against the administration; and securing an FEC fine against a conservative PAC. It also touts recent op-eds by CREW that attack the administration.

It’s curious that there are no examples of CREW going specifically after Democrats or liberal organizations in its fundraising pitch. Given the recent resignations of Rep. John Conyers and Sen. Al Franken, it is obvious that Democrats are practicing bad ethics.

CREW’s board is chaired by Obama-appointed former Ambassador Norm Eisen and its entire board has either worked in Democrat politics or endorsed Hillary Clinton in 2016. CREW goes after Republicans and it seeks donations from Democrats to do it, which is why it stayed quiet on the congressional resignations of Democrat lawmakers.

We know sexual harassment and groping won’t motivate CREW to attack a Democrat, so it begs the question: What will it take for CREW to stop being a Grinch and actually go after a Democrat?